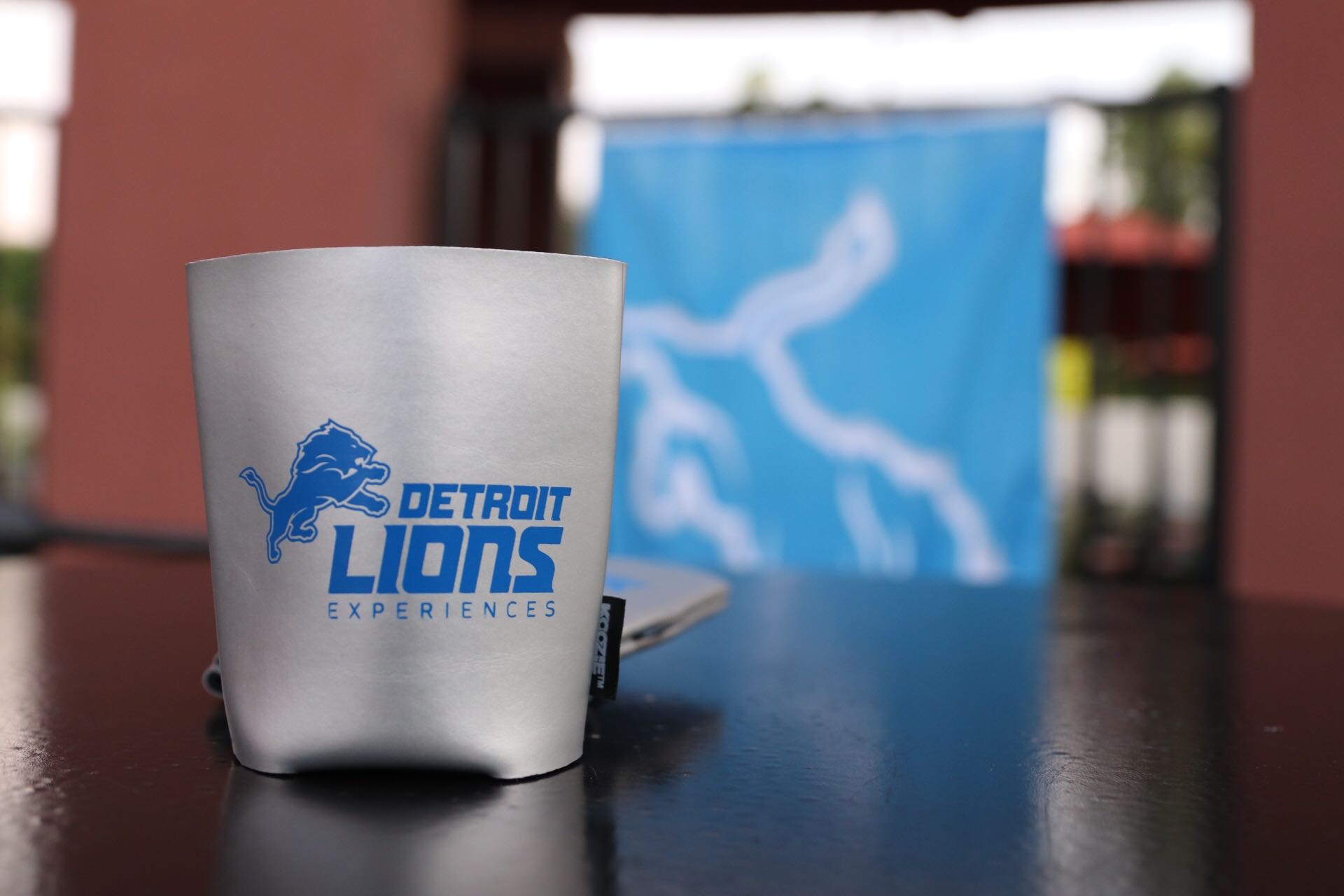 The NFL is back and Week 1 was full of firsts. Most importantly, it was the first time that Lions fans could get the ultimate away game experience with an Official Ticket Package from Detroit Lions Experiences.

Announced over the offseason, Detroit Lions Experiences is bringing the Ford Field atmosphere around the country and giving fans the chance to attend select road games with access to team-sponsored events and hotel accommodations.

Here are our highlights from the Lions trip to Arizona for Week 1.

Our weekend began on Saturday evening at the Welcome Cocktail Reception at the Hilton Garden Inn in Oldtown. Guests joined throughout the night to grab some food and drinks and to mingle with other Lions fans. The reception was hosted by Lions legend Lomas Brown, who hung out and moved around to each table to make sure he met everyone in attendance. The night was filled with stories from Brown's playing days, laughs among the fans and several photo ops with one of the greatest Lions to ever don the Blue & Silver. 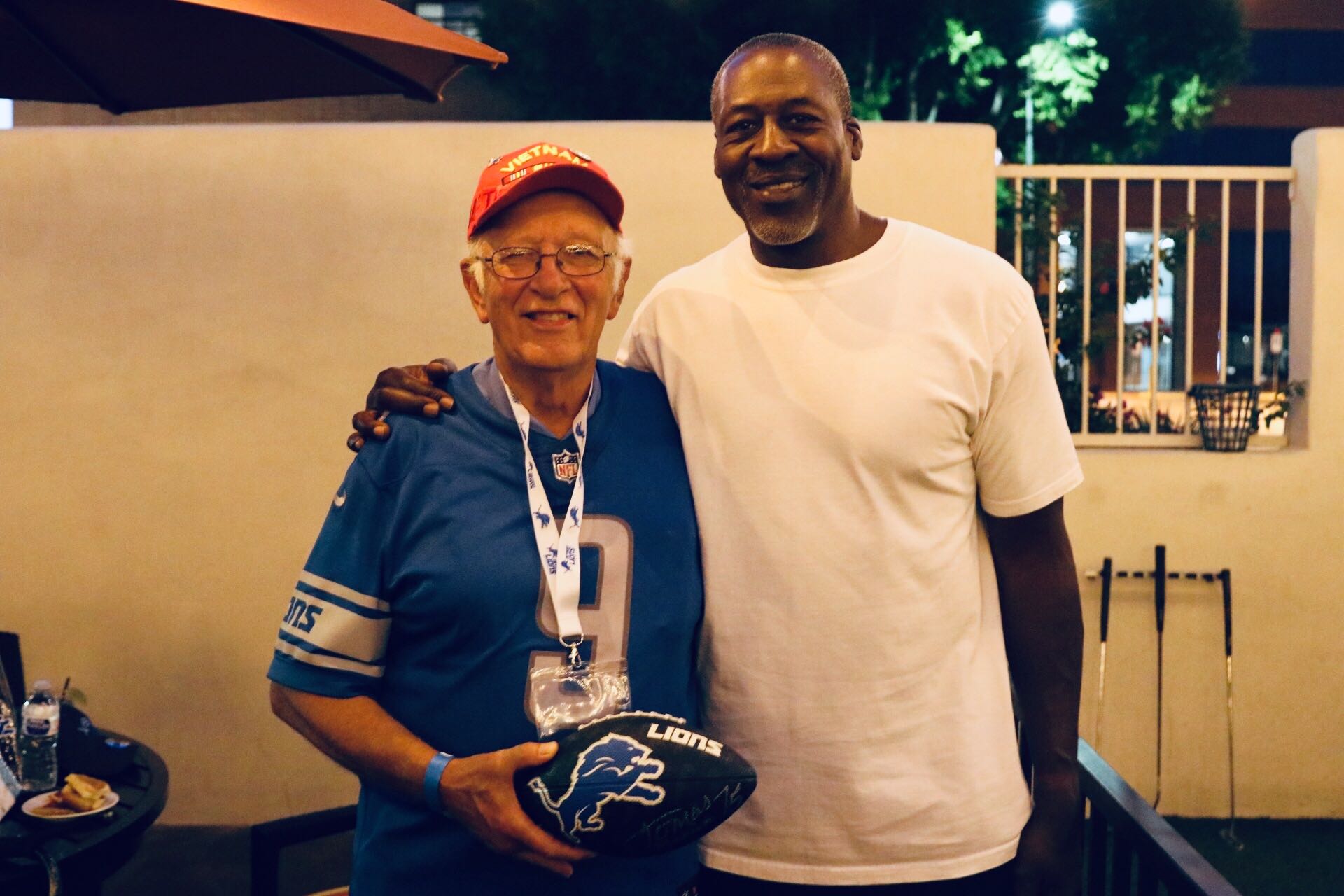 Before kickoff on Sunday, Lions Experiences guests headed over to The Lola, a cocktail lab and eatery, for our 2-hour pregame tailgate party. The party was hosted by none other than former Lions running back Joique Bell, who mingled with guests, signed autographs, took photos and entertained everyone as they prepared for the first kickoff of the Lions season.

The tailgate food was served in a buffet style with guests able to pick their favorites from selections of steak, shrimp, chicken and much more.

The tailgate wrapped up one hour before kickoff, and it was an easy walk from The Lola over to State Farm Stadium for the game. 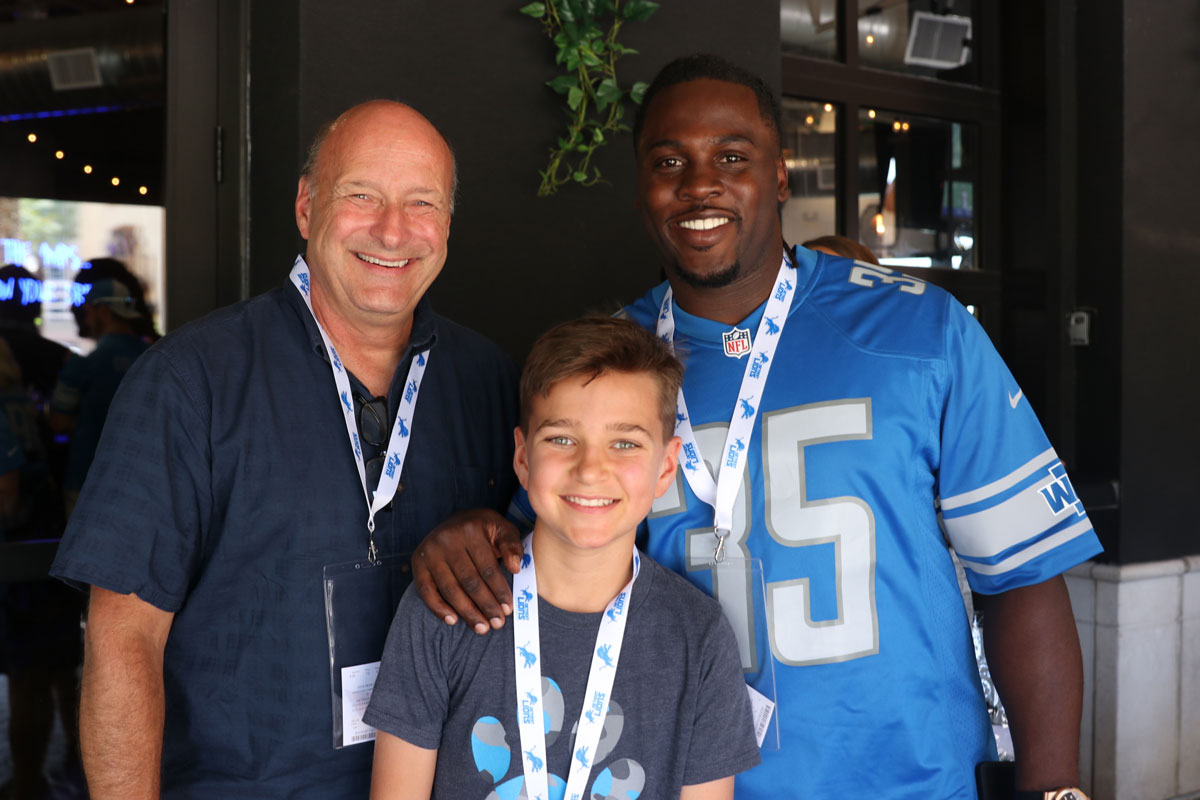 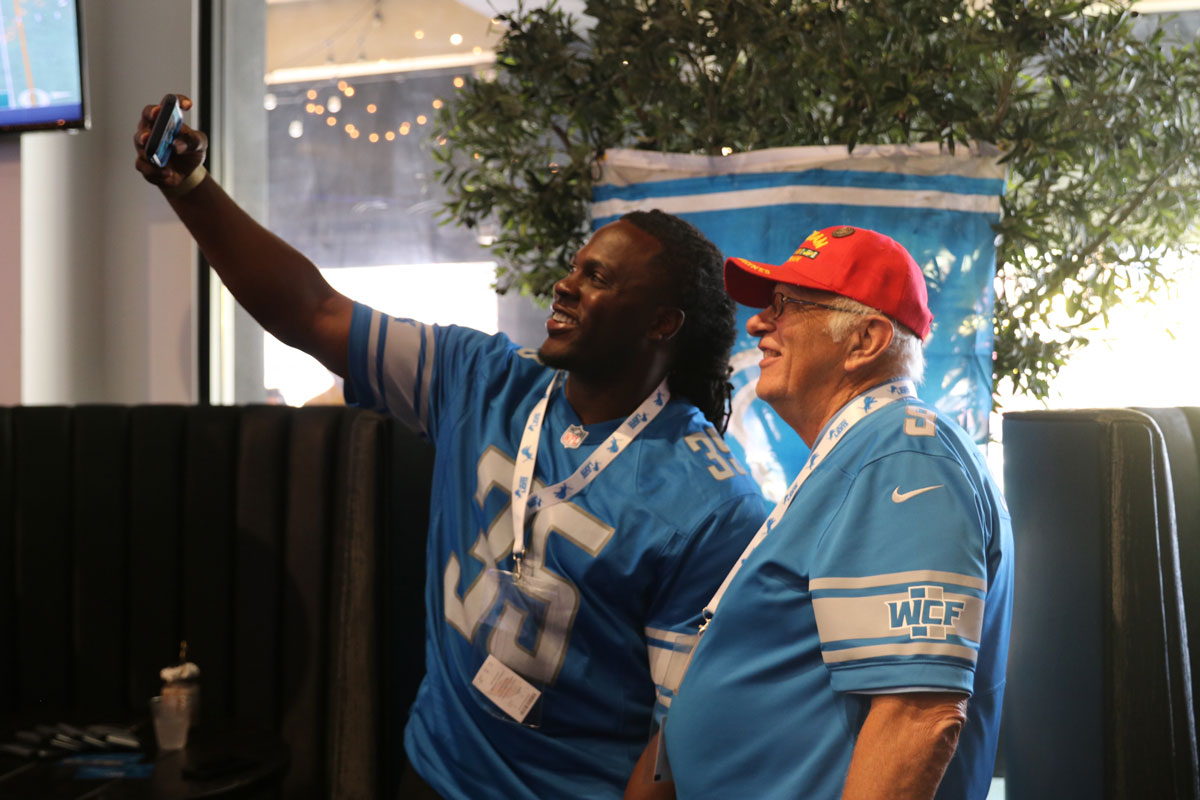 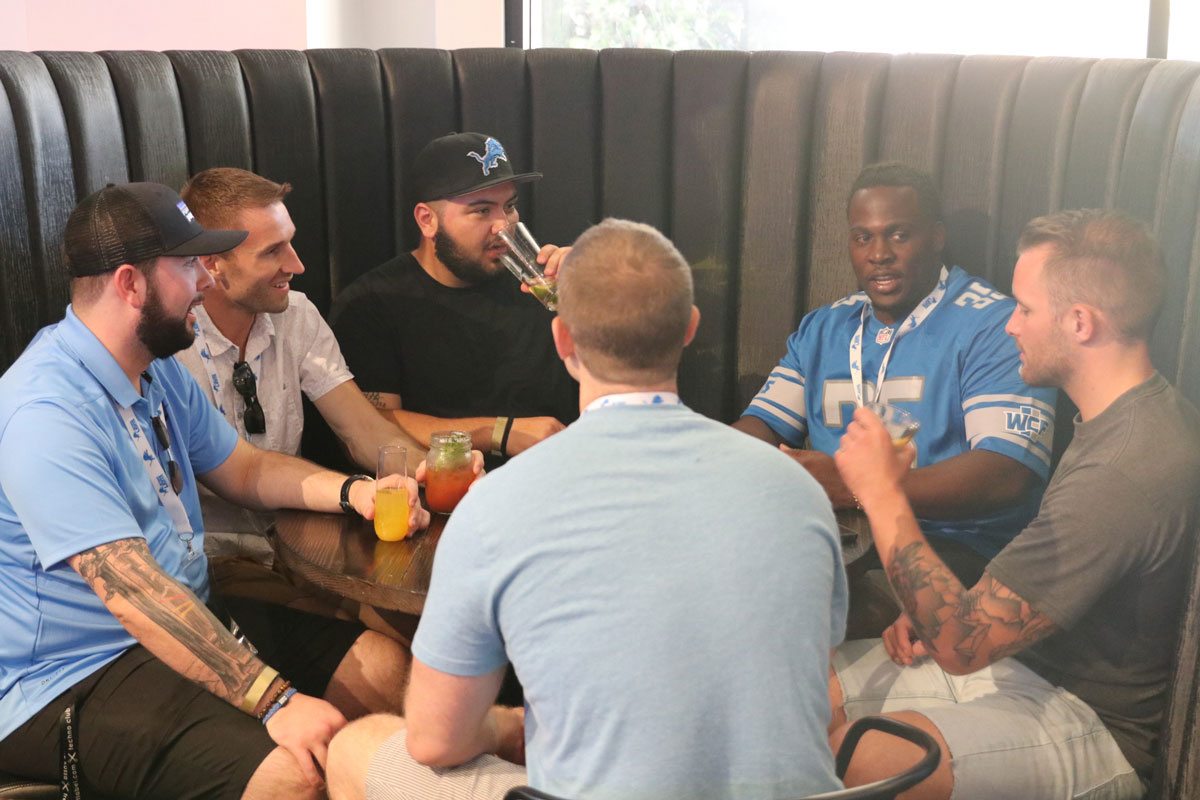 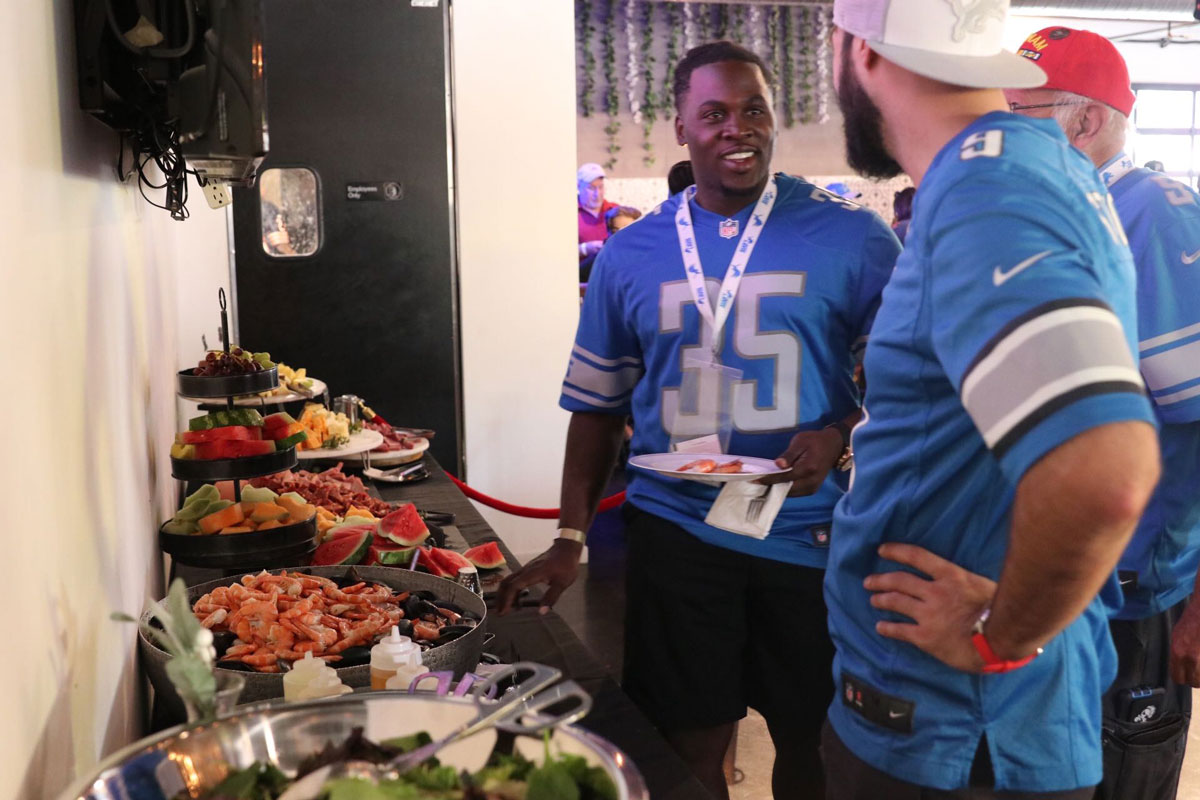 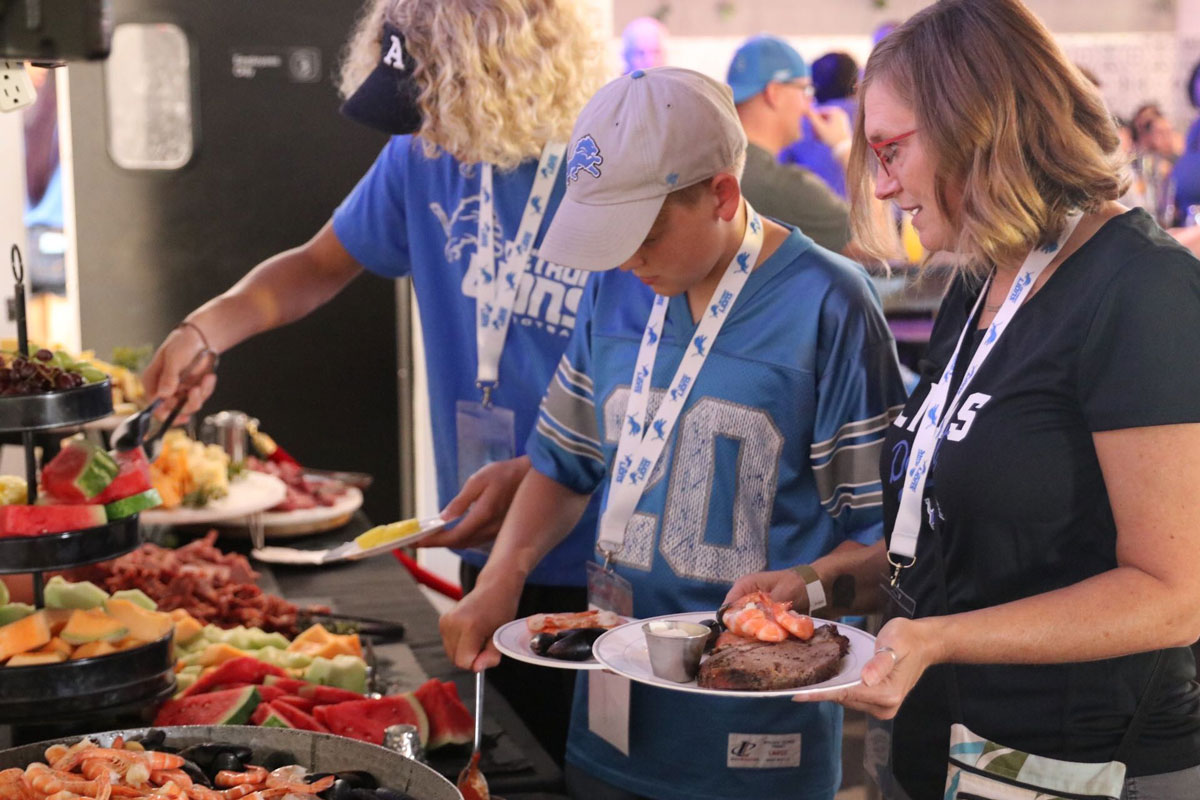 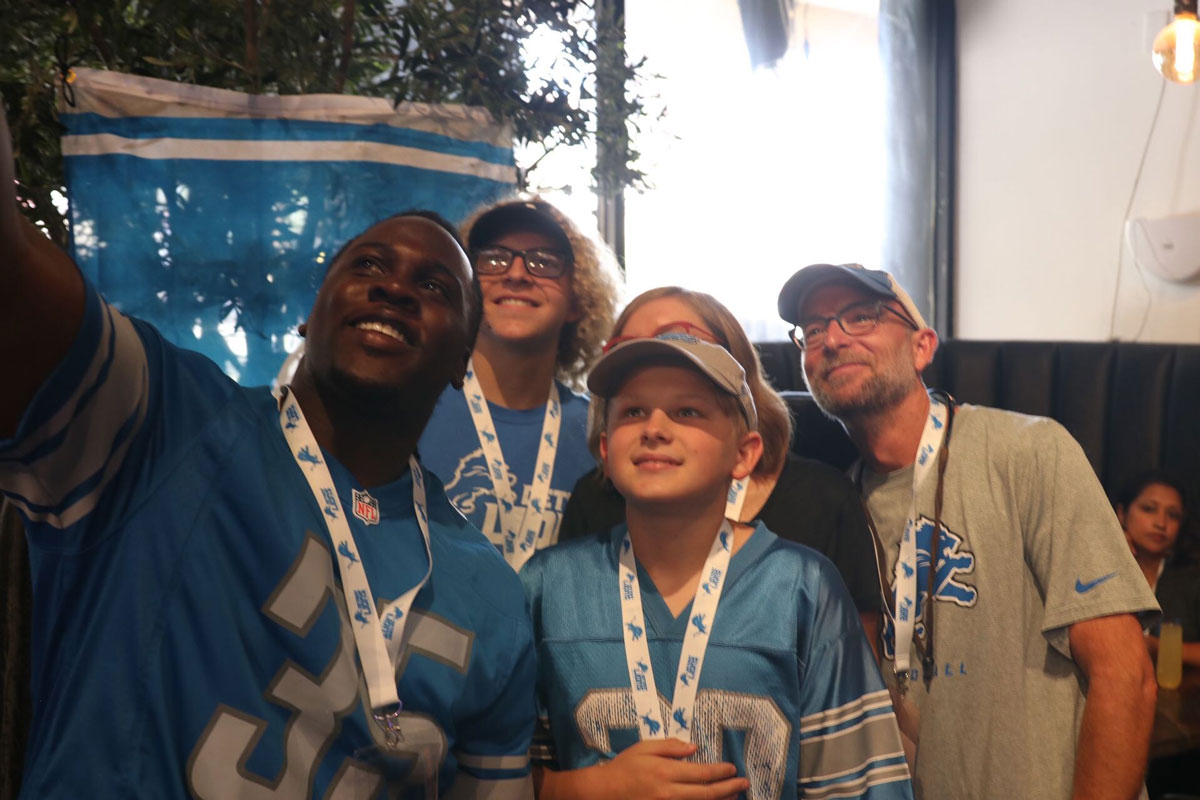 The game itself was a thriller, and a heck of a way to kick off the season, as the Lions and Cardinals tied, 27-27. Detroit held a 24-16 lead late in the fourth quarter, but rookie quarterback and No.1 pick Kyler Murray charged the Cardinals down the field with under two minutes remaining to even up the score in regulation. The overtime period saw both teams charge down the field in their first possessions, but both resulted in a field goal. With the score tied 27-27 with under four minutes remaining in overtime, neither team was able to produce any more points to secure the win.

The highlight of the game for Detroit was the performance of first-round pick T.J. Hockenson, who went for 131 receiving yards and a touchdown on six receptions.

The Lions head to Philadelphia for a Week 3 matchup with the Eagles on September 22. Be at Lincoln Financial Field as a guest of Detroit Lions Experiences with an Official Ticket Package. Get a game ticket, access to the Welcome Cocktail Reception on Saturday and the Pregame Tailgate Party on Sunday hosted by Herman Moore and Bennie Blades!